Title: Bionic Commando
Publisher: Capcom
Platform: Xbox 360
Genre: Action Adventure
Release Date: 5/19/2009
Overview:
Ascension City is rocked by a terrorist attack, its buildings reduced to rubble, and its air defenses left in enemy hands. Spencer, otherwise known as the Bionic Commando, is called into action. Enhanced with a bionic arm and packing some serious firepower, it’s up to you to save the city. Use your bionic arm to swing between towering heights at dizzying speed, blasting enemies as you go. Or better yet, save the ammo and use your arm to crush them with objects, toss them into the air, and rip the environment to shreds! 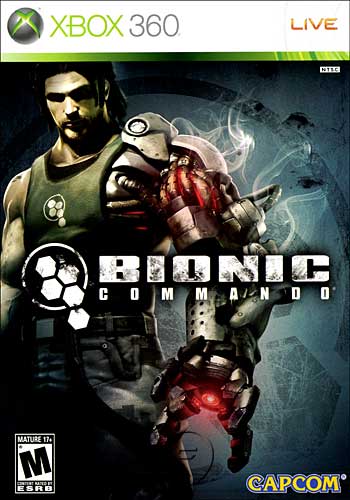