Title: UEFA Euro 2008
Publisher: Electronic Arts
Platform: PlayStation 2
Genre: Sports
Release Date: 5/22/2008
Overview:
Chase one of soccer’s greatest championships in UEFA Euro 2008. The world’s best players and most prestigious clubs are all here, and they’re all after the same goal: becoming the 2008 UEFA Champion. Lead one of 53 teams though qualifying and into the tournament, playing in the official stadiums of the 2008 UEFA Euro. The new Captain Your Country Mode lets you play on the same team with three friends, all vying for the team leader role. Experience players that raise their game in crucial moments, plus shifting weather conditions, manually controlled goalkeepers, revolutionary corner/penalty kick and set-play accuracy with the Kick Stick system, and much more. 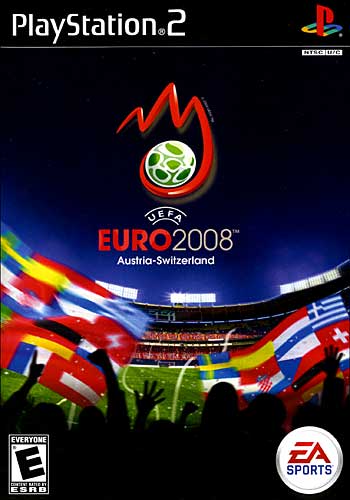