Title: Borderlands
Publisher: Take Two
Platform: Xbox 360
Genre: Shooter
Release Date: 10/20/2009
Overview:
Blending first-person sci-fi action with elements of RPGs, Borderlands delivers a combat experience unlike anything you’ve ever seen. Gameplay is powered by a groundbreaking new content generator, giving you an almost inexhaustible supply of missions, environments, enemies, item drops, character customizations, and weapons. And that’s no exaggeration. There are literally hundreds of thousands of different weapons to find. Complete missions in a bombed-out wasteland that makes the Wild West look like Sunday school. Level up your character in a massive single-player campaign or drop in and out of other games at will in online co-op play. 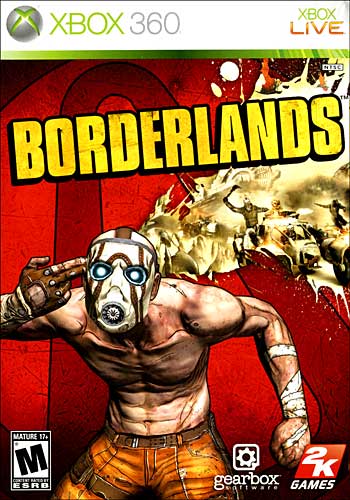