Title: Afro Samurai
Publisher: Namco
Platform: Xbox 360
Genre: Fighting
Release Date: 1/28/2009
Overview:
Some games claim to be cutting edge. With a sword-wielding hero dripping in hip-hop style, this one really means it. In a saga based on the Afro Samurai TV series – and featuring the voice of Samuel L. Jackson – “Afro” hunts for his father’s killer. The game’s striking art style is the perfect showcase for combat that’s part slasher flick, part ballet. As a samurai, your kills may end up as elegant as they are ruthless. And the hip-hop style doesn’t end with the soundtrack produced in collaboration with the Wu-Tang’s RZA. RZA’s beats seep into the game itself, with the music affecting enemy AI and altering the gameplay’s tone. 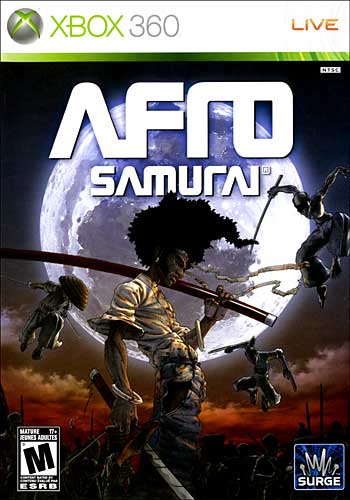