Title: X-Men: The Official Game
Publisher: Activision
Platform: Xbox
Genre: Action Adventure
Release Date: 5/15/2006
Overview:
Take the next step in human evolution in this original X-Men saga that delves into the events leading up to the third X-Men movie. Take unprecedented control of three of the most powerful X-Men: Nightcrawler, Iceman, and Wolverine. Harness their trademark powers in environments designed to test their enhanced abilities. Rip through enemies as Wolverine, teleport as Nightcrawler, and glide effortlessly on Iceman’s frozen slides. The epic action adventure takes you to all corners of the X-Men universe, including the Statue of Liberty, Dark Cerebro, Alkali Lake, and more, where you’ll encounter mutants on both sides of the battle between good and evil. 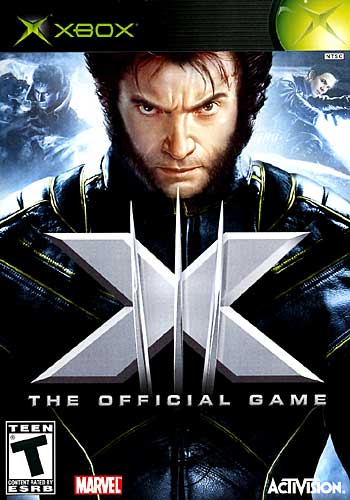 One thought on “X-Men: The Official Game”