Title: World War II Combat: Iwo Jima
Publisher: Atari
Platform: Xbox
Genre: Shooter
Release Date: 7/21/2006
Overview:
Iwo Jima was only an eight-square-mile island. But it was vital to the Allied effort to win World War II. With artillery exploding all around you, your comrades falling at your side, and a tireless enemy dug in deep, you’ve just stepped onto the beach as part of the largest amphibious assault in the history of the United States Marines. Play as a U.S. rifleman among the troops who waged the historic 36-day battle for the island. Iwo Jima’s ten levels of single-player campaigns feature scenarios and missions based on real events. Train against bots online or find additional action with 10 multiplayer maps for up to 16 soldiers. 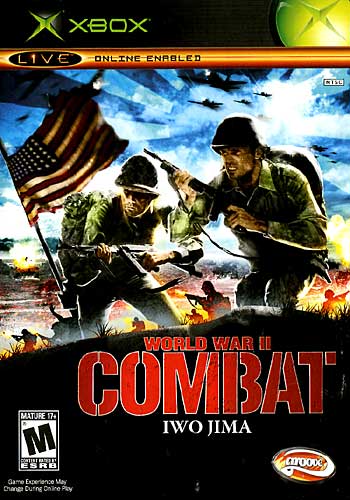