Title: 50 Cent: Bulletproof
Publisher: Vivendi Universal
Platform: Xbox
Genre: Shooter
Release Date: 11/18/2005
Overview:
50 Cent is trapped in a web of conspiracy in this vicious feature-length crime saga that unfolds over 10 chapters and more than 35 bruising levels. Clip up with a massive weapons stash and hit the streets with other G-Unit soldiers. Punish enemies with counter-kill moves, use them as human shields, or beat information out of them on a dangerous path through a drug-ridden New York underworld. Compete for bragging rights in Arcade Mode, create playlists from a massive collection of exclusive tracks, or customize beats in the mix lab. This criminal masterpiece was written by Emmy Award-winner Terry Winter (The Sopranos) and also stars Eminem and Dr. Dre. 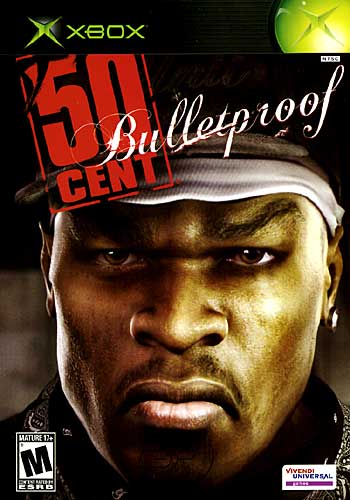