NOTE: This is a two disc game, but it only counts as one disc against your rental plan.
The sun sets on an era as Castlevania delivers its first true cinematic 3D action experience! The franchise explodes into a new format, sending you into a world where creatures of the night ravage the living, and the souls of the dead linger on Earth. Search for the Lords of Shadow and a mysterious mask rumored to have the ability to bring the dead back to life. Harness incredible powers, battle nightmarish creatures, and struggle with the despair of lost love. And if that isn’t cinematic enough, the franchise has rolled out a star-studded voice cast, including Patrick Stewart, Robert Carlyle, and Natasha McElhone. 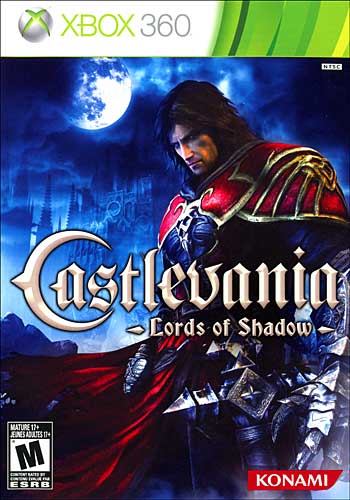