Title: Star Wars: The Force Unleashed II
Publisher: LucasArts
Platform: Xbox 360
Genre: Action Adventure
Release Date: 10/25/2010
Overview:
In the first Force Unleashed, you were gunning for targets that Darth Vader sent you after; this time, Vader is gunning for you! Go on the run in this sequel to the fastest-selling Star Wars game of all time. Vader wants to clone you to create an unstoppable Sith warrior. You have other ideas. Uncover the mystery behind your past, search for your lost love, Juno Eclipse, and harness incredible new abilities in a story set during Episodes III and IV. Wield two lightsabers at once, unleash new Force Powers, use Jedi Mind Tricks, and fight with a fury designed to show your former master just how powerful you’ve become. 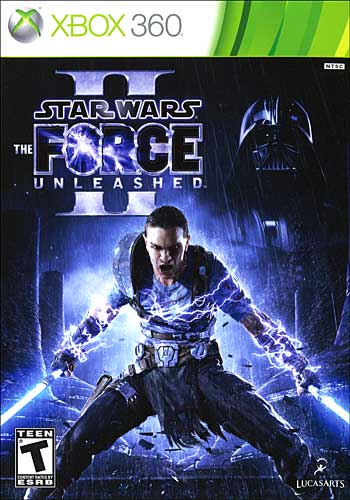