Title: Naval Assault: The Killing Tide
Publisher: 505 Games
Platform: Xbox 360
Genre: Action Adventure
Release Date: 6/14/2010
Overview:
Experience World War II in a new way – through the view from a periscope – in the first submarine combat saga unleashed on next-gen systems. Take the helm of an authentically re-created World War II era U.S. Navy sub and fight through the pivotal naval battles of the second World War. Make crucial decisions and battle the Axis powers as you guide your crew through 30 missions. Run silent and use stealth or open fire and blast your enemies out of the water. You’ll need to balance both tactics as you try and survive an assault that comes at you from above and below the surface of the ocean. 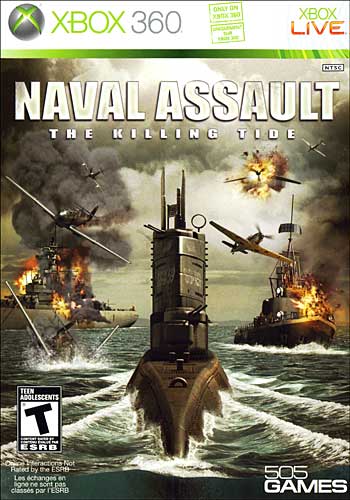