Title: N3II: Ninety-Nine Nights
Publisher: Konami
Platform: Xbox 360
Genre: Action Adventure
Release Date: 7/1/2010
Overview:
You may have survived the first Ninety-Nine Nights, but can you survive Ninety-Nine more? See if you have what it takes to be the last warrior standing in this hack-and-slash sequel. Go into battle as one of five different races, including humans, goblins, and elves. Mow down wave after wave of enemies as hundreds of attackers come at you from every direction. Each character has customizable weapons and accessories, plus a back story that unfolds throughout the campaign, giving you a chance to catch your breath. N3II also adds enhanced visuals, online co-op play, more destructive attacks, and a special blood camera system that lets you take it all in. 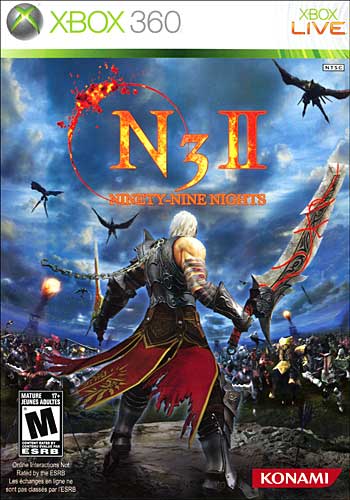