Title: EA Sports: Grand Slam Tennis
Publisher: Electronic Arts
Platform: Xbox 360
Genre: Sports
Release Date: TBD
Overview:
You can’t win the Grand Slam without winning the biggest titles in tennis, and EA Sports offers the only chance to do it. Take home the sport’s top four trophies in the only tennis game that lets you compete for the Wimbledon Championship. Whether it’s the clay of Roland Garros, the grass of Wimbledon, or the hard courts of the U.S. and Australian Opens, you’ll compete on the world’s greatest stages. Play as and against top players from the current tour or take up a racquet as a legend from championships past. Work the court like a pro with precision controls designed to bring home a realistic tennis experience. 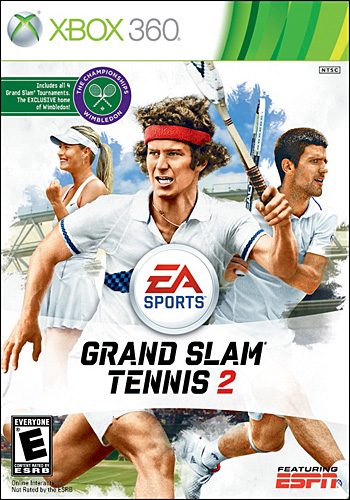