Title: LEGO Harry Potter: Years 1-4
Publisher: WB Games
Platform: Wii
Genre: Family/Party
Release Date: 6/28/2010
Overview:
He is The Chosen One. The only wizard to survive an attack by He Who Shall Not Be Named. And now, he’s made of LEGOs! Harry Potter gets the LEGO treatment in this game that lets you experience his first four years at Hogwarts with all the added charm and humor of the LEGO franchise. Freely switch between your favorite characters, including Harry, Ron, Hermione, and others. Visit magical locations from the wizarding world, from Diagon Alley to Hogwarts castle, which stands as the most detailed environment LEGO has created for a game. Learn spells, create potions, and more as Harry’s adventures come to life in a whole new way. 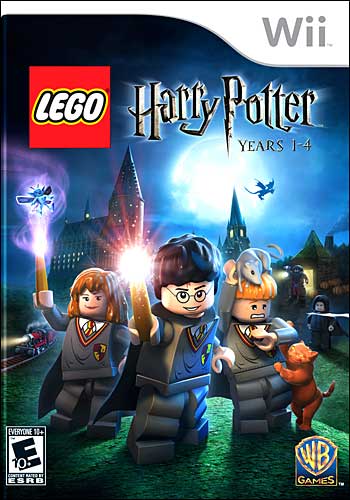