Title: Metroid: Other M
Publisher: Nintendo
Platform: Wii
Genre: Shooter
Release Date: 8/30/2010
Overview:
Go behind the mask of a video game legend in this epic continuation of the Metroid saga. Metroid: Other M takes the storied franchise in a dynamic new direction, blending first- and third-person play with cinematic presentation. From the first time she took off her mask, Samus has been one of the most compelling heroes in gaming. Now, you’ll get a glimpse as to why she became a bounty hunter in a movie-like story backed by great voice acting. Gameplay goes in a new direction as well. Hold the Wii Remote sideways during third-person play, then switch at any moment to pointer controls and a first-person perspective. 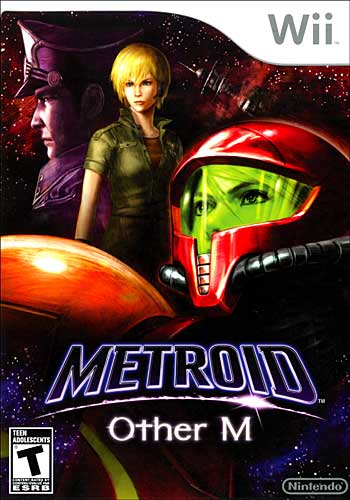