Title: Raiden IV
Publisher: UFO Interactive
Platform: Xbox 360
Genre: Shooter
Release Date: 9/11/2009
Overview:
Raiden will keep the enemies coming – all you have to do is keep shooting! The overhead arcade shooter keeps firing with a fourth installment calibrated just for Xbox 360. Get airborne and get ready for battle. Your screen will swarm with enemies to evade, shoot, and destroy. Use classic weapons like the Laser and Spread Shot, and unlock weapons you’ve never fired in a Raiden game. Conquer new stages ruled by new bosses and filled with the hectic gameplay that has made the franchise a favorite. And Raiden IV packs more than just new firepower, thanks to a graphics upgrade that shifts the action from 2D to 3D. 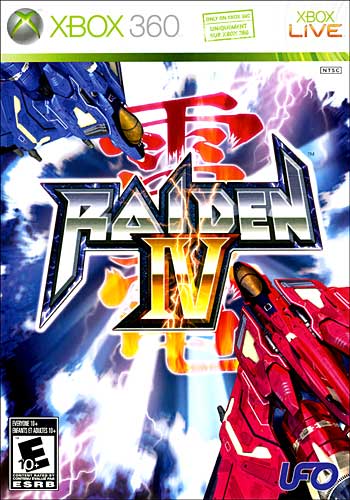