Title: Hot Wheels: Battle Force 5
Publisher: Activision
Platform: Wii
Genre: Racing
Release Date: 11/17/2009
Overview:
And you thought rush hour was bad? The five teen heroes of Hot Wheels Battle Force 5 do their driving on roads that not many are skilled enough to navigate. Join the Battle Force and fight Earth’s most powerful enemies in this game based on the Cartoon Network series. Buckle up for some seriously explosive combat-racing action. Speed through Battle Zones, areas that link our world with another, and car-battle aliens from another dimension. Flash awesome battle mode weaponry and reach insane speeds. If you can find the key in each Battle Zone, you can close the portal and lock the aliens out, keeping our world safe…for now. 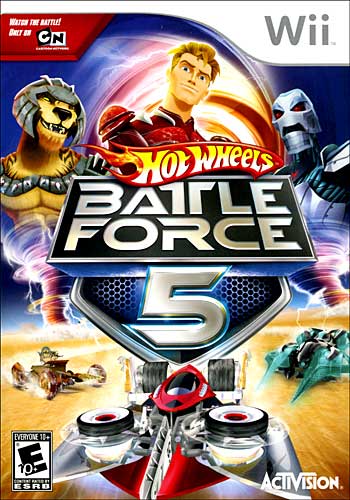