Title: Bakugan
Publisher: Activision
Platform: PlayStation 2
Genre: Action Adventure
Release Date: 10/20/2009
Overview:
Join Dan and the rest of his Bakugan buddies as the wildly popular card/ball battle game and TV series comes to life. Toss cards onto the battlefield then shoot your Bakugan onto the cards and trigger their powers. If two Bakugan wind up on the same card – it’s on! Battle for supremacy in Tournaments, Battle Royals, Tag-Team Matchups, Story Mode, and head-to-head showdowns. Dan will show you the ropes, give advice, and practice with you between tournaments to help make you a Bakugan battle master. 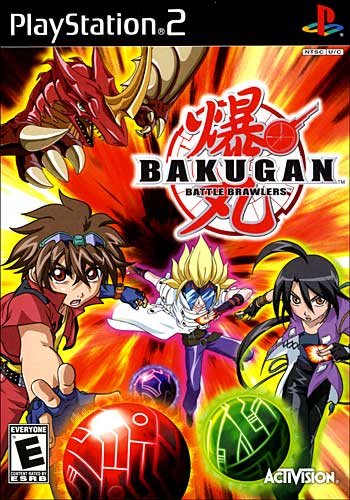