Title: Infernal: Hell’s Vengeance
Publisher: Playlogic
Platform: Xbox 360
Genre: Shooter
Release Date: 7/3/2009
Overview:
Heaven has used “Etherlight,” it’s own secret service agency, to dispatch most of Hell’s agents on Earth. Now, they’re preparing for the final blow to their nemesis. It’s a good thing Ryan Lennon, a fallen angel, is there to take them on, and it’s even better you’re there to help! Explore vast landscapes, from ancient monasteries and mountain hideouts to harbors and oil refineries. Unleash a wide array of weapons, both natural and supernatural, to wipe your enemies from this plane of existence. You can even absorb their life energy to replenish your own powers. Follow a twisting plot, leading you and Ryan to discover Etherlight’s true agenda and culminating in the ultimate final battle. 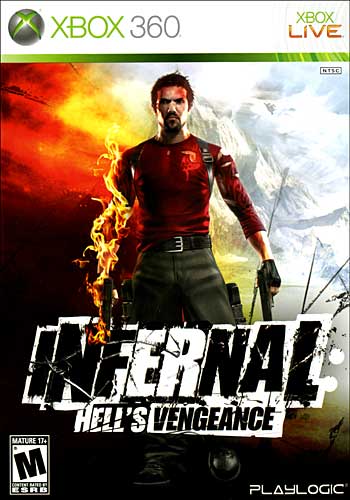