Title: Rapala: We Fish
Publisher: Activision
Platform: Wii
Genre: Strategy/Simulation
Release Date: 9/28/2009
Overview:
Today’s fresh catch-of-the-day: hilarious arcade fishing action! The company known for its tempting lures drops a new one in the water, designed to grab anglers of all ages. Race your motorboat to where the fish are biting, reel in the biggest catch, and make it back to the finish line before time expires in competitions that test your fishing speed and skill. These fish are pretty fresh: each of the more than 50 species in the water has an over-the-top personality. Play as your Mii character in four multiplayer modes, including four-player split-screen, or in kart-style tournaments in fishing hotspots around the world. 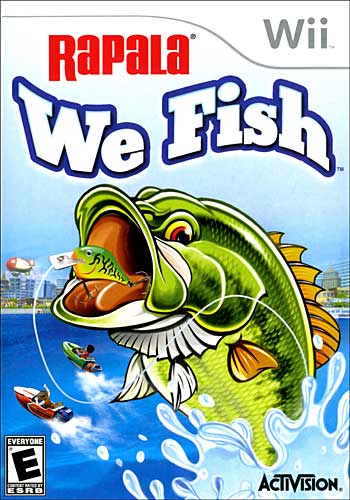