Title: Command & Conquer: Red Alert 3
Publisher: Electronic Arts
Platform: PS3
Genre: Strategy/Simulation
Release Date: 3/25/2009
Overview:
Once again, Command & Conquer rewrites history, but this time it’s the future on the line! With the Soviet Union in shambles, its leaders travel back in time to alter history. The mission causes a ripple in time and reshapes the global balance of power. World War III erupts, and the Empire of the Rising Sun, the Soviets, and the U.S. are all vying for control of the world. Lead one side to victory in a cooperative campaign with a friend or an AI ally. The time ripple has also altered weapons technology, so you’ll have floating fortresses, WW2-era blimps, armored bears, teleportation equipment, and other bizarre weapons at your disposal. 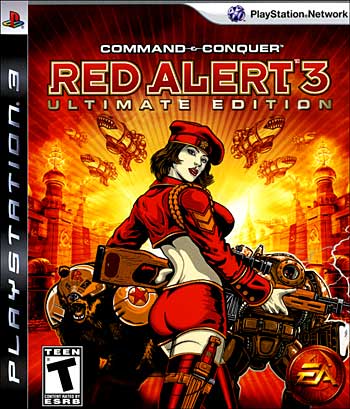