Title: Dawn of Heroes
Publisher: Majesco
Platform: Nintendo DS
Genre: RPG
Release Date: 9/9/2010
Overview:
A kingdom doomed by a heroic act needs another hero to save it! A new age of heroes dawns in this turn-based strategy tale. The king of Brimthule made a heroic sacrifice, giving himself to bury a threatening beast in stone. Since the king’s death, new monsters, curses, and misfortunes now plague the land. Battle to save the kingdom on 50 missions with twisting paths and side quests. Choose your character from 25 playable classes that spring from six unique factions. A quick-and-easy interface lets you control every aspect of the game using the Stylus as you move through a vivid 3D world. 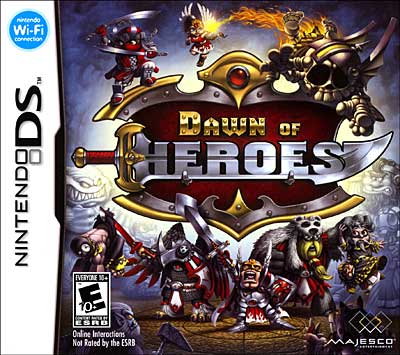