NOTE: Big Button Pad Controllers are required for gameplay. Game does not include Big Button Pad Controllers with rental or purchase.
Here’s one sequel that’s guaranteed to be a hit! The second Scene It? trivia game features more modes, more clips (including more HD clips), more questions, and more hours of fun and laughs. Relive some of your favorite moments from the silver screen as you test your movie knowledge in 22 game modes. Name that film based on old-school eight-bit graphic clips in Pixel Flix, place the still with the film in Which is Which, link celebs in Celebrity Ties, and more. You can make yourself the star of the show by putting your avatar into the game, as well as find downloadable content and online matchups with Xbox Live. 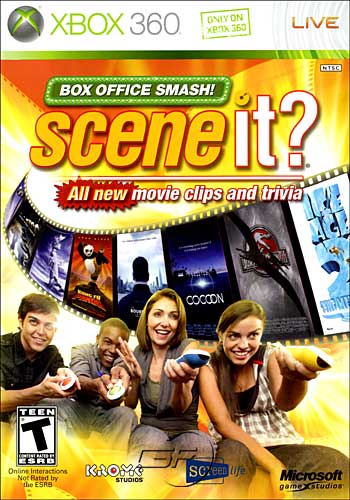