NOTE: This game is not playable with standard controllers. The guitar controller is not included with rental or purchase.
Now’s your chance to get onboard the biggest tour yet! The classic GH style is back, updated with new features and the largest group of songs of any rhythm game in history. Jam out with three friends in Band Mode, where you get to rock on guitar, drums, or lead vocals. Eight different players can compete in Battle of the Bands. Eighty-six different tunes – including two exclusive tracks from Ted Nugent and Zack Wylde – await your shredding skills! Blast to the past with legends like Hendrix, Fleetwood Mac, and Creedence Clearwater Revival, or rock to the future with modern stars like At the Drive-In, Mars Volta, and Modest Mouse. 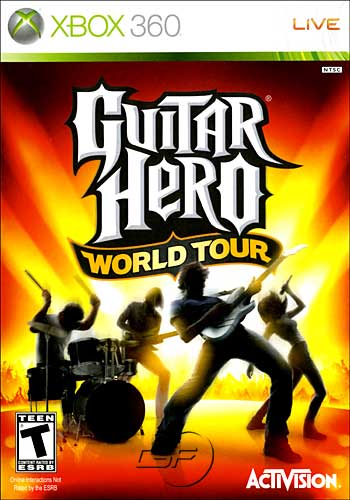