Title: Code Lyoko: Quest for Infinity
Publisher: Game Factory
Platform: PSP
Genre: Action Adventure
Release Date: 7/17/2008
Overview:
X.A.N.A. has taken its diabolical scheme to the next level – it is attempting to take over the entire world with the use of the Replikas. The Code Lyoko Warriors are busy trying to beat back the tide of the Replikas, when they realize their attempts are fruitless unless they destroy the supercomputer attached to the Replikas themselves. Using Translation, they manage to materialize in the labs surrounding the supercomputers, each of which is guarded by a boss which exists in the real world. Take control of Yumi, Odd, Ulrich, Jeremy, and Aelita as you destroy each supercomputer in turn, finally facing off with the Volcano Replika – and the core of X.A.N.A. itself! 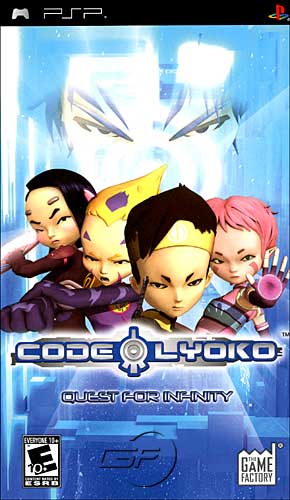