Title: Space Chimps
Publisher: Brash Entertainment
Platform: PlayStation 2
Genre: Action Adventure
Release Date: 7/16/2008
Overview:
HAM III is a circus chimp. A circus chimp with the genetics of a space hero! When a senator gets the innovative idea of sending chimps into space to look for alien life, HAM winds up joining a team of space chimps, including TITAN and LUNA, on an intergalactic quest for alien races! After traveling through a wormhole, they find themselves on a fantastic planet, ruled by a terrible king who threatens to drown the whole team. Work with HAM and the team as you attempt to complete your mission, save the population from the king’s clutches, and keep yourselves alive! 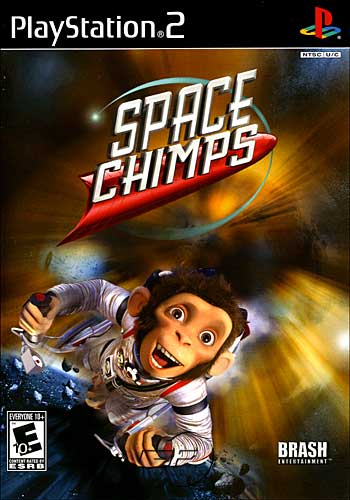