Title: George of the Jungle & the Search for the Secret
Publisher: Crave
Platform: PlayStation 2
Genre: Action Adventure
Release Date: 3/21/2008
Overview:
His best friend is an ape named “Ape.” His dog, Shep, is actually an elephant. And his best method of travel is swinging on vines. Who else could it be but George of the Jungle! Take control of the undisputed King of the Jungle as you swing, run, jump, and charge your way through jungle adventures through his playground and home, the jungle of Mbebwe. There are lots of colorful characters to interact with, including his friends Ursula and Magnolia, and vicious villains determined to bring harm to the jungle. Take George on his hilarious quest to save his jungle and his friends! 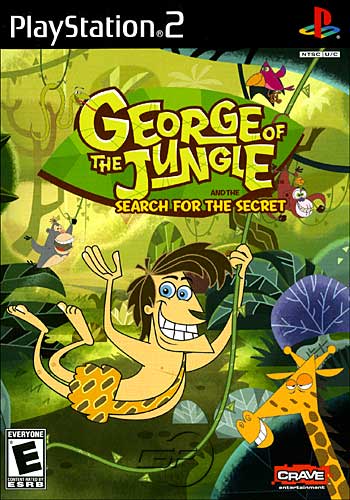