Title: NFL Head Coach 09
Publisher: Electronic Arts
Platform: PS3
Genre: Sports
Release Date: 9/5/2008
Overview:
Take charge of an NFL franchise and make the calls that’ll shape your team’s destiny in NFL Head Coach 09. It all starts in the off-season, when you’ll build your playbook, develop your roster, and mold your team according to your vision. Once the season begins, scout your opponent, prepare your team, and put your men in position to succeed. Victory hangs on every decision, and as the man with the headset, it’s on you to send the right plays to the huddle, adjust in-game strategy on the fly, and make the split-second calls that’ll ultimately send your franchise to glory – or spiraling to the bottom of the standings. 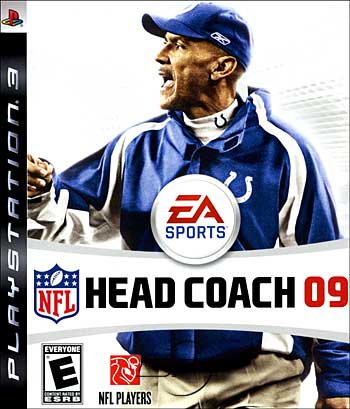