Title: Wet
Publisher: Bethesda
Platform: Xbox 360
Genre: Action Adventure
Release Date: 9/14/2009
Overview:
Rubi is a lot of things. Highly skilled. Beautiful. Deadly. A real problem-solver. Only now, she’s got a problem she didn’t want. It seems the rich man who hired her to find his son wasn’t all that he appeared. A quick fix turned into something worse. Much worse. Now Rubi’s on the run, and the man who hired her might do well to do the same, because when she finds him it’s not going to be pretty. The relentless search takes you around the world in highly-stylized, cinematic third-person action. Think swords, guns, double-crosses, a killer soundtrack, and a body count that won’t stop until Rubi says it does. 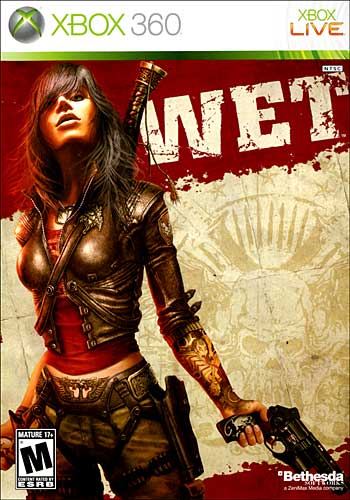