Title: Soul Nomad & the World Eaters
Publisher: Koei
Platform: PlayStation 2
Genre: RPG
Release Date: 9/26/2007
Overview:
In a land not unlike ours in the medieval age of kings of queens, a host of intelligent creatures co-existed in harmony. About two hundred years ago, the land’s peace was shattered by the World Eaters. This evil appeared out of nowhere and consumed the land in a flurry of blood and fire and then vanished just as quickly as it had arrived. Now The World Eaters remain, motionless, perhaps never to awaken. Or perhaps to bring their reign of terror again. Experience a tale of betrayal, deception, and mayhem in this immersive RPG. Customize your squad and build an army to rival the gods as you use a grid-based battle system that evolved from the Disgaea series. 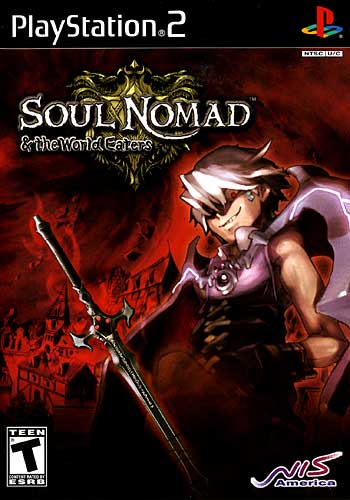