Title: Fatal Fury Battle Archives Vol. 1
Publisher: SNK
Platform: PlayStation 2
Genre: Fighting
Release Date: 8/9/2007
Overview:
Some games join a genre. Others bend it. Occasionally, though, games re-invent a genre – games like Fatal Fury. Fatal Fury 1 was the first fighting game to incorporate a third dimension: you could actually dodge out of the way of an oncoming attack by jumping into a second plane. This ultimate collection includes Fatal Fury 1, 2, 3, and Fatal Fury Special, all of which saw the introduction of many beloved SNK characters. They’re all back, as is the classic gameplay, but that doesn’t mean there aren’t options. Choose from the original Neo-Geo music or a brand-new score. Load up this blast-from-the-past and get ready to unleash the Fury. 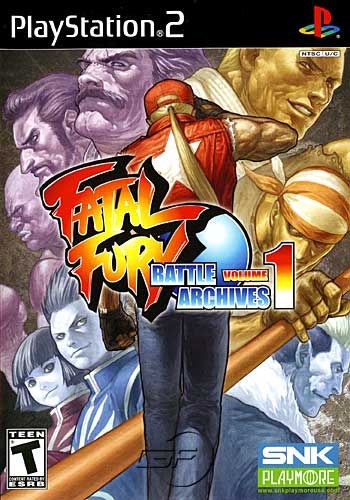