Title: Warriors: Orochi
Publisher: Koei
Platform: PlayStation 2
Genre: Action Adventure
Release Date: 9/18/2007
Overview:
The Evil Serpent King Orochi has descended from the skies, using his vile power to shatter time and space. He summons the strongest warriors from Ancient China and Feudal Japan to his arena to test his own might against these fabled heroes. Choose from one of 77 playable characters from both the Samurai Warriors and Dynasty Warriors rosters and play through four crossover storylines. Create a three-hero tag team, where one warrior fends off the enemy while the other two recuperate. Use the Weapon Fusion technique to combine weapons and create devastating results. Develop your skills to defeat King Orochi! 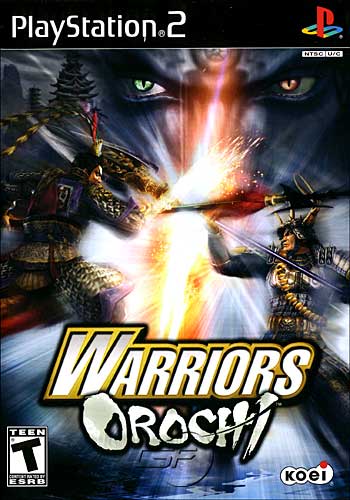