Title: Harry Potter and the Order of the Phoenix
Publisher: Electronic Arts
Platform: PlayStation 2
Genre: Action Adventure
Release Date: 6/27/2007
Overview:
Year Five at Hogwarts: a trial to prove innocence, an evil new headmaster, and a new joke shop in Diagon Alley. Witness a battle with the fearsome Death Eaters, a first kiss, and the loss of a beloved friend. In the darkest game yet, follow the footsteps of Harry, Ron, and Hermione as you explore Hogwarts, built directly from the movie. Watch helplessly as Umbridge takes over the school, then fight back as you cause chaos by turning a courtyard into a swamp. Utilize the new magic system to cast your spells. All the actors from the films did their own voice-over work, adding to the drama! 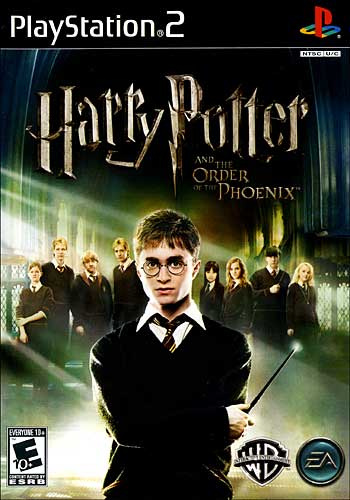