Title: Heroes of the Pacific
Publisher: Ubisoft
Platform: Xbox
Genre: Strategy/Simulation
Release Date: 9/28/2005
Overview:
To become one of the Heroes of the Pacific, you’ll have to make your mark on history by completing 26 missions based on World War II’s most famous air battles. Survive dogfights, execute defense patrols, rip off dive-bombing maneuvers, and more. The skies swarm with over 150 on-screen planes, each with its own AI and physics. Command 36 authentic planes, including every major U.S. and Japanese warbird, plus bonus fliers from Germany, the U.K., and the U.S.S.R. Win victories at Pearl Harbor, Wake Island, Midway, and the rest of the Pacific theater in six different game modes. Go online for head-to-head dogfights or co-op missions with up to eight friends or foes. 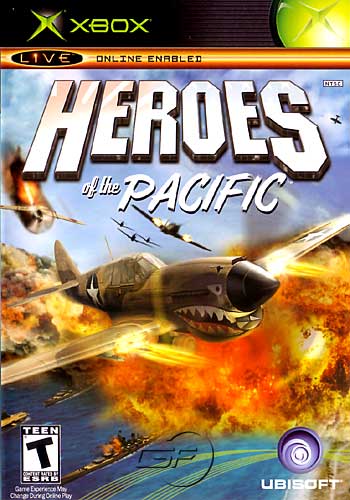