Title: Kingdom Under Fire: Heroes
Publisher: Microsoft
Platform: Xbox
Genre: RPG
Release Date: 9/21/2005
Overview:
Reestablish order in the Kingdom of Bersia and you’ll go down in history in this prequel to the 2004 hit, Kingdom Under Fire: The Crusaders. Set five years before The Crusaders, Heroes follows seven new characters through 50 new campaigns in the war that will decide the fate of all mortals. Each character has new skills and a distinct tie to the original Kingdom Under Fire storyline. Vanquish enemies on improved, more-epic-than-ever battlefields. Choose from several training modes or behold the impressive power of Custom Game Mode, which allows you to create almost any type of mission imaginable. Team with or battle against fellow knights online with Xbox Live. 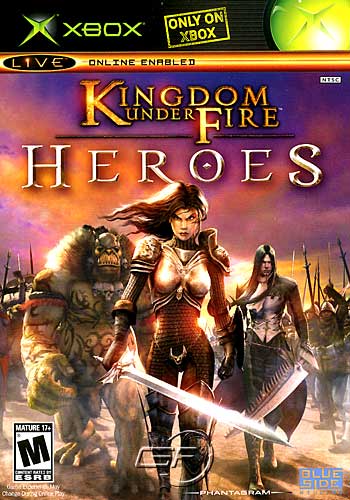