Title: World Series of Poker
Publisher: Activision
Platform: Xbox
Genre: Strategy/Simulation
Release Date: 9/1/2005
Overview:
7 Card Stud, Texas Hold ‘Em, Razz, Omaha. Poker in all its forms is here in the World Series of Poker, and XBox deals you right in on the action! Officially licensed and designed to mimic the experience of the real casino championship, WSOP lets you build your entire card-playing career by creating your player’s face and upgrading your clothes as the game progresses. Watch for tells and bluffs on your opponents’ faces in four different modes of play: Main Event, Career, Multiplayer, and Quick Play for instant action. The AI pits you against the pros as you feel the excitement of the high stakes tournament! 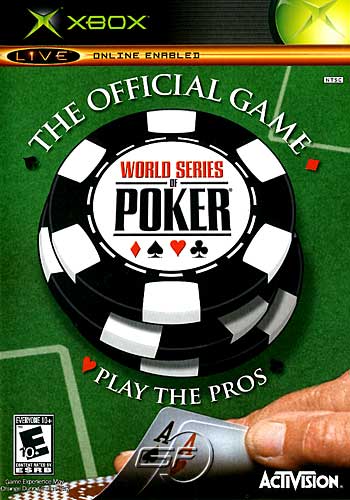