Title: The Warriors
Publisher: Take Two
Platform: Xbox
Genre: Action Adventure
Release Date: 10/18/2005
Overview:
The same people who brought you Grand Theft Auto resurrect the cult classic movie The Warriors for the next generation. Keeping to the retro style and look of the 1979 movie, The Warriors takes you on an unforgettable night of gang terror in New York City. When the most powerful gang leader of the city, Cyrus, is murdered at a truce gathering between the five major gangs of New York City, the blame is wrongly placed on The Warriors. Now the warriors must run for their lives, fighting off the other gangs, as they struggle to make their way back across the city to their home turf. 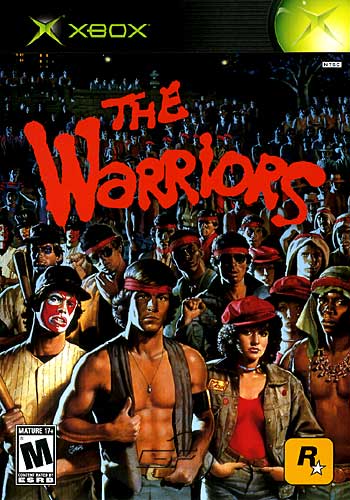