Overview:
Title: Trillion: God of Destruction
Publisher: Atlus
Platform:
Genre: RPG
Release Date: 3/28/16
Overview: One trillion is a huge number. In this particular case, it refers to a god with a trillion hit points that you must destroy to stop it from consuming the Underworld. Up for the task? If you are, you’ll play as Zeabolos – the Great Overlord of the Underworld. He has previously been killed by the powerful monstrosity known as Trillion, but Zeabolos made a deal with Faust, who used the Soul Grimoire to revive him. She’ll assist Zeabolos in order to collect his soul as payment after Trillion’s defeat. To help you along the way, you’ll have to train six Overlords as candidates to your eventual replacement if you want to have a shot at defeating Trillion in this inventive strategy-RPG. 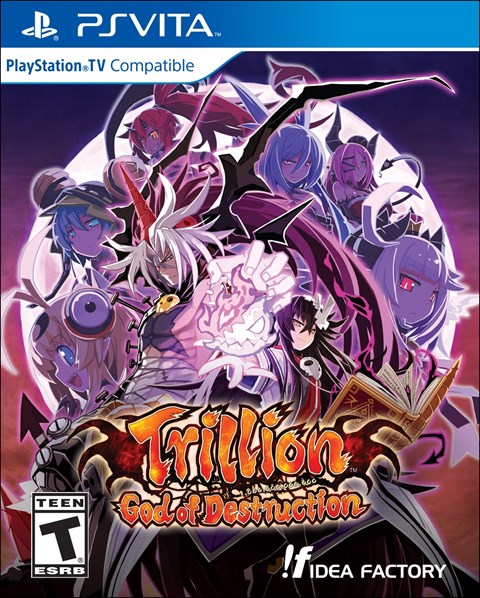 One thought on “Trillion: God of Destruction”