Title: Witches & Vampires
Publisher: Conspiracy
Platform: Nintendo DS
Genre: Action Adventure
Release Date: 11/6/2010
Overview:
Meet Aluna, a witch; her brother Dariel, a vampire; and her little sister Samantha, a half witch, half vampire. These three siblings are about to embark on an adventure to save a family heirloom – and the world. Recover six amulets of power before a wicked vampire beats you to it. Use each character’s special abilities and powers to fight against the vampire’s dark forces. Play magical mini-games that include creating potions, collecting ingredients, and flying on a broomstick. Work as a family to recover all six amulets and save the world before it’s too late! 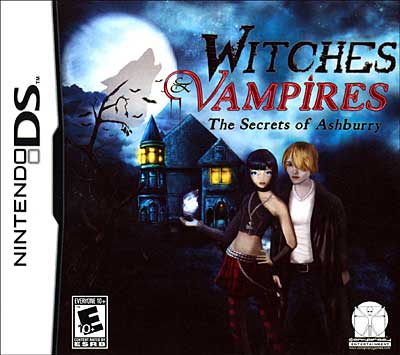