Title: NBA 2K11
Publisher: Take Two
Platform: PSP
Genre: Sports
Release Date: 10/4/2010
Overview:
The greatest player of all time meets one of the greatest NBA games as Michael Jordan returns in NBA 2K11. Experience unrivaled NBA action and play as His Airness for the first time on PSP. Become an NBA superstar by creating your own player and shaping his career. Make sure your game is NBA-ready with a step-by-step Tutorial System. Playing as Jordan, you’ll have a chance to master each move one at a time before you ever line up for a jump ball. With a revamped Turbo System that more closely monitors player energy and the addition of even more Signature Player Styles, the action is more realistic than ever. 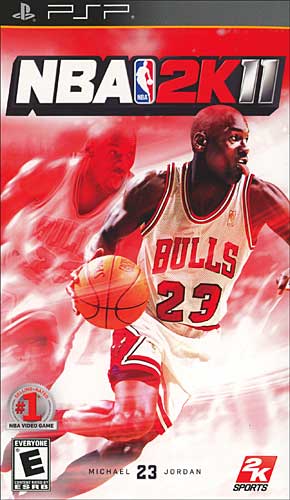