Title: Madden NFL 11
Publisher: Electronic Arts
Platform: Wii
Genre: Sports
Release Date: 8/9/2010
Overview:
Madden NFL 11 for Wii bulks up to keep its place on top of the football depth chart! Rookies can use the new Gameflow System to let the game call their plays until they’re ready to take over. Franchise Mode has been given a Wii-exclusive makeover. This year, you’re not just building a team. You’re shaping a town that thrives or suffers based on the fortunes of your franchise. And the football party isn’t confined to Big Game Sunday with a four-player Party Mode. Designed for maximum two-on-two entertainment, you can open holes, flatten wideouts, and bulldoze a path to the end zone while your teammate executes the plays behind you. 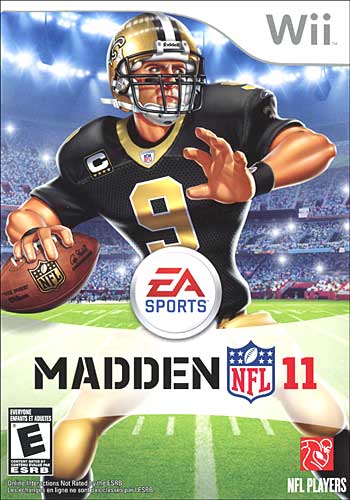