Title: Fat Princess: Fistful of Cake
Publisher: Sony Computer Entertainment
Platform: PSP
Genre: Action Adventure
Release Date: 5/7/2010
Overview:
Bigger is definitely better in this hilarious cartoon battle royale that puts a twist on the usual damsel in distress. This PSP version of the quirky PS3 favorite has been stuffed full of new levels and new ways to play. Form your team from five character classes, hack your way across a battlefield in over-the-top cartoon battles, and work together to free a kidnapped princess from your opponent’s castle. It won’t be easy – her kidnapper has been fattening her up with magic cake, making the rescue that much harder! Play a single-player story or get an even bigger helping online, where you’ll find four-on-four multiplayer melees. 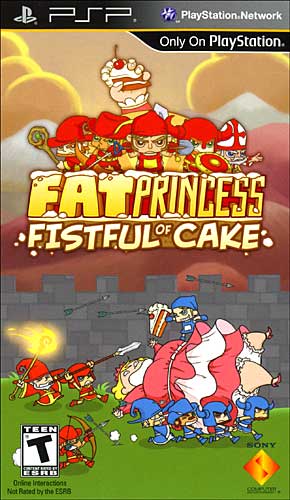