Title: Transformers: War for Cybertron
Publisher: Activision
Platform: PS3
Genre: Action Adventure
Release Date: 6/21/2010
Overview:
Before they battled on Earth, the Autobots and Decepticons fought a battle so big it destroyed a planet. Experience the civil war that sparked the Transformer saga in this game that lets you fight the battle for Cybertron. Choose your side and play two campaigns. Stand strong in the name of freedom with the Autobots, or fuel your lust for power with the Decepticons. No matter which side you choose, you’ll battle as the ultimate weapon, transforming any time between vehicle and robot and hitting your enemies with incredible futuristic firepower. Fight alongside friends in three-player drop-in/drop-out online co-op play or go up against them in explosive online head-to-head modes. 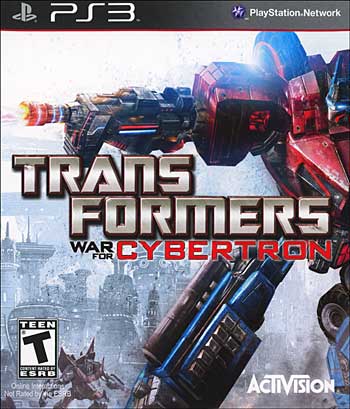