Title: Spec Ops: The Line
Publisher: 2K Games
Platform: PS3
Genre: Shooter
Release Date: 6/25/2012
Overview: You may have played military shooters where you explored a sandbox world, but you’ve never seen one like this. Lead your team on a search for survivors in a city buried by sand in this tactical third-person shooter. A sandstorm of epic proportions has wiped Dubai clean off the map. Six months later, a radio signal blips on the radar. Delta Recon Team is sent to investigate. Expecting a routine mission and an easy evac, they instead find themselves caught in a war sparked by an out-of-control madman. Make hard choices as you try to survive a dizzying combat zone where out-of-nowhere sandstorms and avalanches can shift the battlefield in an instant. 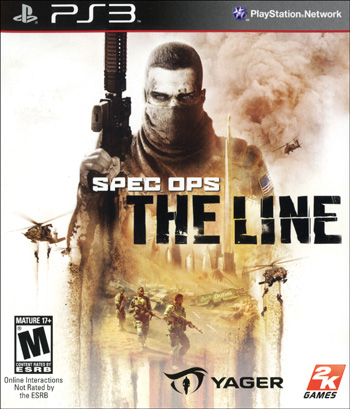