Title: Dementium 2
Publisher: South Peak Interactive
Platform: Nintendo DS
Genre: Action Adventure
Release Date: 5/7/2010
Overview:
William Redmoor is not sure which is worse: being trapped in the Bright Dawn Treatment Center for the criminally insane, or being trapped in his own mind. Experience a new nightmare in this sequel to the first mature-themed FPS for DS. Vague memories lead you to believe you’ve murdered your wife and daughter. A radical brain operation has only made things worse. Demons once defeated have returned. Battle your way through an onslaught of terrifying enemies as you try and escape the hospital and the clutches of the evil doctor who runs it. Play has been refined with new mechanics, a revamped equipment system, a new save system, and more. 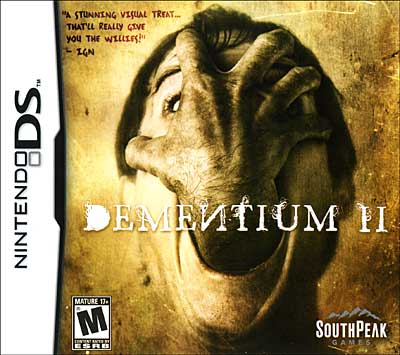