Title: Front Mission Evolved
Publisher: Square Enix
Platform: Xbox 360
Genre: Shooter
Release Date: 9/27/2010
Overview:
War evolves and a classic Square Enix franchise evolves along with it as the Front Mission strategy franchise morphs into a futuristic third-person action saga. Far in the future, mechanized battle suits called Wanzers are the weapon of choice. When New York City is attacked, a Wanzer engineer named Dylan jumps into his newly finished prototype and goes to battle to save his father. The battle soon evolves into something more sinister than it first appeared. You’ll load your mech with up to four weapons and blow away everything in sight. You’ll also be forced to leave your mech behind and try to survive in your own skin. 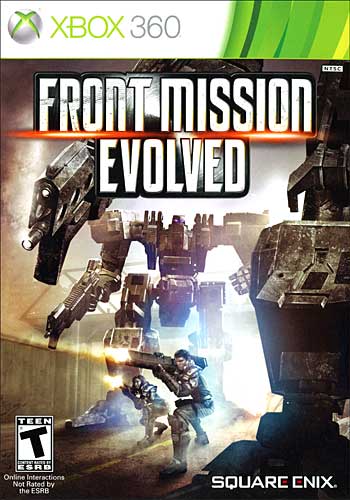