Title: Lost Planet 2
Publisher: Capcom
Platform: PS3
Genre: Action Adventure
Release Date: 5/11/2010
Overview:
The Lost Planet has evolved, and gameplay has evolved along with it in this fast-paced action sequel. Ten years after the original Lost Planet, terra-forming has melted the icy surface of planet E.D.N. III, creating pockets of harsh desert and lush jungle. Thermal energy on the planet remains scarce, and the battle for control is more intense than ever. Create your own customized snow pirate and move through a dynamic storyline that evolves as you play through it. The Vital Suits you wear into battle have been given exciting new features, and you can now team up with friends in four-player squads to clear out objectives together. 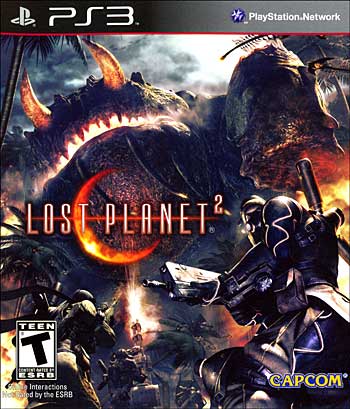