Title: Scooby-Doo! First Frights
Publisher: WB Games
Platform: Wii
Genre: Family/Party
Release Date: 9/21/2009
Overview:
Here’s a first job you’ll never forget! Join a young Scooby-Doo and teen versions of Fred, Daphne, Shaggy, and Velma as the newly-formed crew attempts to crack their first cases as Mystery, Inc. Each case has been created just for the game, and each features a different villain. Dive into each mystery, follow clues, chase down suspects (or run away from them!), and unmask the villain behind the plot. Switch seamlessly between characters as you work each case, or invite a friend to join in drop-in/drop-out co-op play. As you solve each crime, you’ll unlock new costumes and disguises you can use to gain special abilities or camouflage yourself. 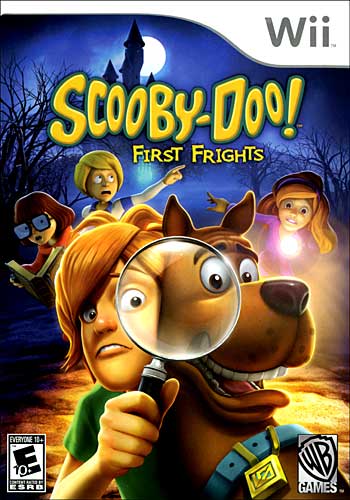