Title: Dynasty Warriors: Strikeforce
Publisher: Koei
Platform: PSP
Genre: Action Adventure
Release Date: 4/30/2009
Overview:
Battle like you’ve never battled before in Dynasty Warriors: Strikeforce! For the first time, fight side-by-side with up to three friends as you join together in a powerful Strikeforce. Will your way to victory in levels designed to maximize the value of teamwork. You’ll need every member of your Strikeforce to overcome challenges and massive bosses on the way to defeating one of the mightiest enemies the Dynasty Warriors have ever seen. Power-up your character with customizable, skill-altering special items. Use new, more powerful special attacks and, for the first time, wield two weapons with the new option to set your character’s sub-weapon. 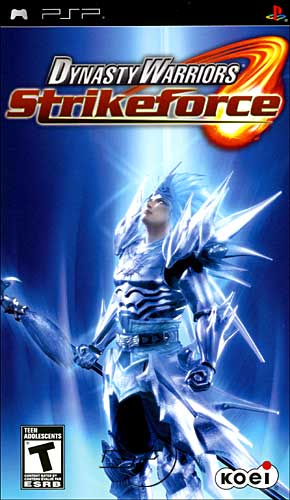