Title: CID the Dummy
Publisher: O Games
Platform: PSP
Genre: Action Adventure
Release Date: 7/14/2009
Overview:
In CID the Dummy, you’ll go places no one would go unless they were, well, a dummy. Because that’s exactly what you are: a Crash Impact Dummy living in a danger-filled world. You’re called on to smash, crash, check, and re-check anything and everything. From escalators to lemonade, there’s nothing you won’t dare try. One day you’re given a task with a little more riding on it: you’re sent on a mission to defeat a robot enemy, rescue a beautiful girl, and save the world. You know, classic hero stuff. So buckle up (or don’t!) for high-speed chases, kung-fu mayhem, wacky weapons, and more in this oddball adventure. 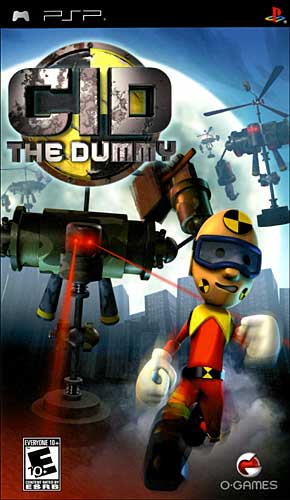