Title: Darksiders
Publisher: THQ
Platform: Xbox 360
Genre: Action Adventure
Release Date: 1/4/2010
Overview:
Enter a post-apocalyptic nightmare where evil forces have prematurely brought about the end of time. The Four Horsemen of the Apocalypse, originally sent to destroy Earth, have been betrayed by their master and stripped of their powers. Play as War, the First Horseman, and undertake a ruthless quest for revenge on the back of your phantom steed, Ruin. Use a modern and mystical arsenal to fight through a world, created by legendary comic book artist Joe Madureira, that lives by the sword and looks so sharp you’d think it was carved by one. 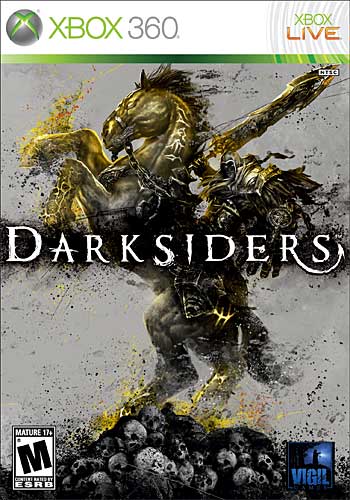